Part 1: The Spirit of Detroit

In the Summer of 2007, while living Downtown I started a long-term photo project called “My Detroit”. Showcasing the areas I love and can only see in the “D”. During first week in July, Detroit and Windsor participates in the International Freedom Festival. Celebrating both Fourth of July and Canada Day. The multi day event brings millions Americans and Canadians to both sides of the Detroit river. The highlight of the Festival is one of the largest fireworks displays in the Midwest. To add an image to my project, I wanted to photograph the fireworks along with an iconic landmark of Detroit. I chose the Renaissance Center, it dominates the Detroit skyline and is the tallest building in Michigan. I had seen images from past Freedom fests and the fireworks are launched from barges on the river. I just need to find a location where I could frame both the Renaissance Center and the fireworks in one shot.

The afternoon of the day of the fireworks, I headed out to the river front to scope out a few shooting locations. As soon as I left my apartment, I was overwhelmed with how many people were already out. Both the sidewalks and street were full of onlookers walking to the riverfront. Woodward as well as Jefferson avenue were blocked off and was full of spectators sitting and waiting for the fireworks to start.

As the sun set, more and more people showed up. Jefferson avenue became an impassable sea of chairs. Sitting on the curb with The Renaissance Center, camera, and tripod in front of me hoping that this is going to be the shot in my mind’s eye. But as soon as the fireworks started, I quickly realized it was not. The barge closest to the Renaissance Center was too far to frame the fireworks together. My first thought of to move to my left to close the gap between the Renaissance Center and the closest barge launching fireworks. But at street level, there were too many obstacles in the way. Trees, light poles and a bunch of junk to ruin the shot. With limited time, I tried to make the best of the situation. Try to relocate to another Detroit landmark and shoot from there. The closest landmark that came to mine was the Joe Louis fist in the middle of Woodward and Jefferson avenue. With the sea of people there that idea was not going to work.

Bummed out that my plans were quickly failing, I decided to pack up and head home. Walking west on Jefferson, weaving in and out of folks watching the fireworks, I pass by the Colman Young building and turn onto Woodward. At the end of the Colman Young building sits the Spirit of Detroit statute. I decide to walk behind the statue instead of in front and get in the way of people watching the fireworks. As I pass behind the spirit of Detroit, I turned one last time to view the scene before returning home empty handed and this is what I saw…

The thought never crossed my mind to shoot in front of the Spirit of Detroit.

Be sure to check out

The Story Behind an Image, Part two >

My outlet to share my creativity with the world. From images from my travels to progress pics of my model builds, I will share it here with you all. As well as random awesome stuff I come across. I’ve shared my work on various forums but now those are dead or gone, it’s time to start something new and fresh that is mine. Let’s start with some aviation photography. I’ve been shooting airshow and other aviation events in the States for 13 years now. Met a bunch of great shooters and I still manage cut tails and noses off planes(see pics below)

“TICO Warbird AirShow” at the Space Coast Regional Airport in Titusville, Florida. My buddy and I flew down from Detroit Last Friday(March 10th) and went to show Friday-Sunday. First time to this show and was not disappointed. For me, knowing the show layout and path of the sun is a top priority. The show faces north and it being so far south as well as the time of the year, the sun never crosses over the show/crowd line and stays behind you all day. It made for some awesome lighting condition during Friday’s evening show. Mother Nature was kind to us as well, sunny & warm with a few puff clouds to add to the blue Floridian sky. TICO is mainly a Warbird show but the US Navy brought down a prettied up Bug and the USAF showed up with the T-birds. Because of show layout,  the various of warbirds as well as the friendly hometown feeling of the show, I’m definitely coming back next year. Meet a bunch of friendly and down to earth people in and around Titusville.

Another first for me, was I rented Canon’s AMAZING Canon 200-400mm f/4L IS with 1.4x Extender from https://www.lensrentals.com (Incredible service!). Holy Crap! What an amazing piece of glass. I could go on and on about this len, it’s simply amazing. The 1.4X exetender works so smoothly and is well thought out. I normally shoot Canon 500mm F/4.5, so the weight is nothing new to me. What totally blew me away is just how sharp it is. As well as now I’m sorting pics from the show and discovered that I have a much higher keeper rate than normal. Especially seeing that it was my first time shooting it. 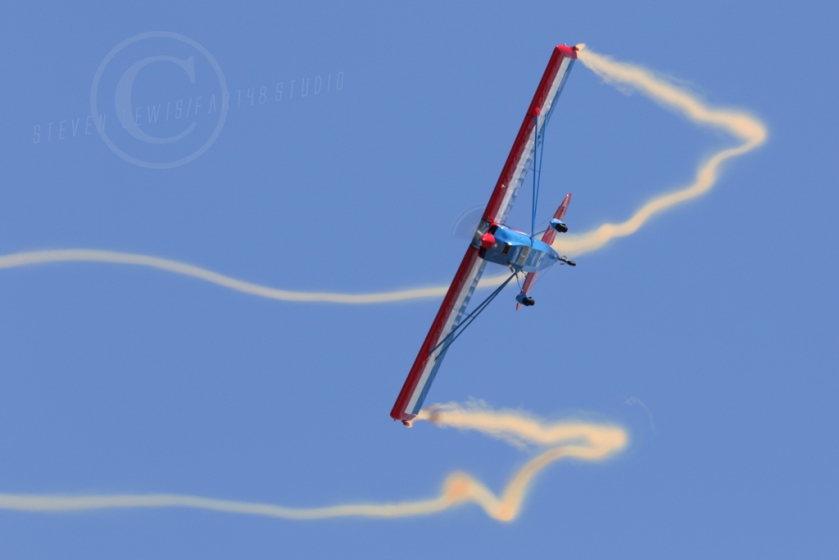 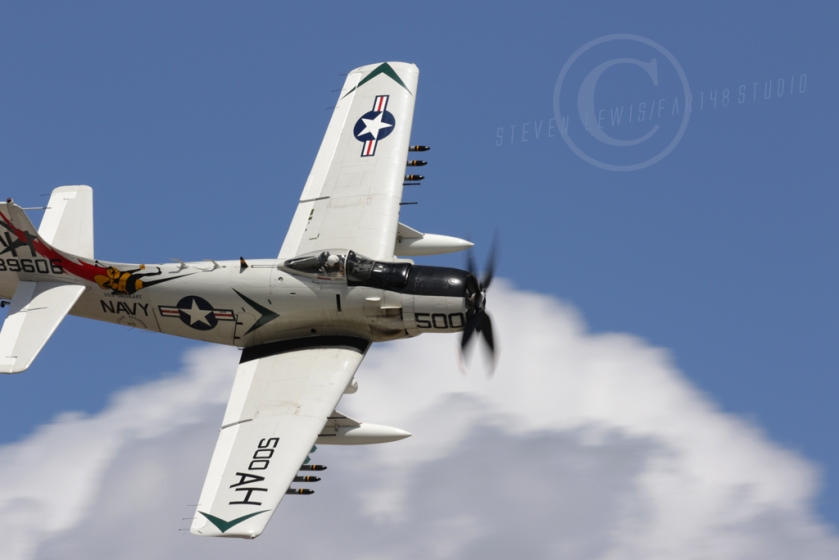 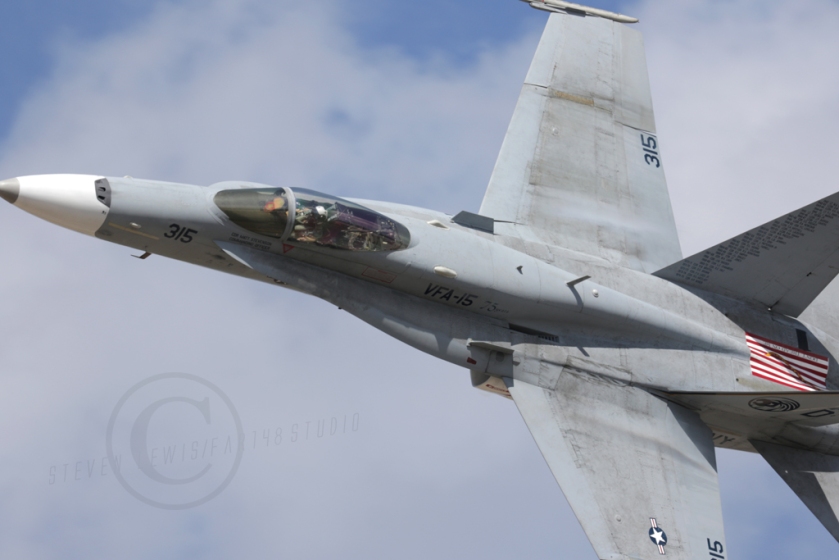 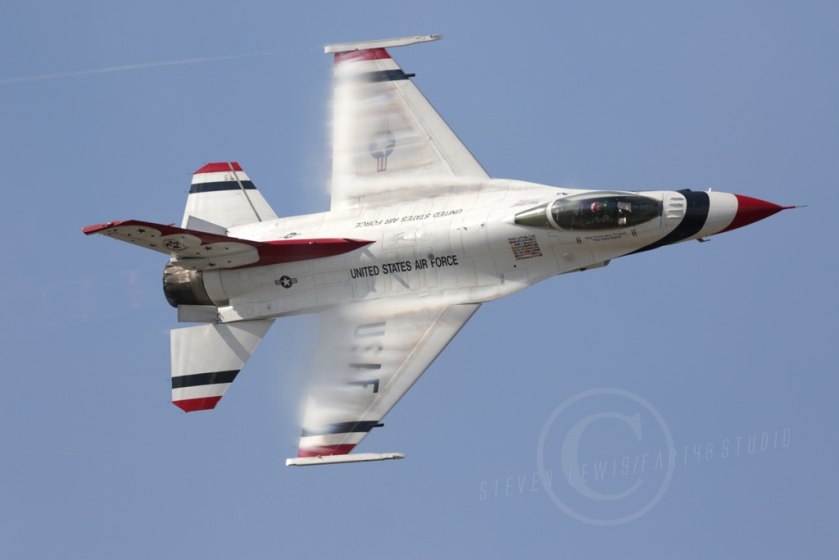